The Airborne Toxic Event are releasing their new album, Hollywood Park, on Friday May 22nd, and it will ship from Tower Records in vinyl on May 29th, available for pre-order now. In conjunction with the album launch, the band are also publishing a memoir by the same name, releasing on Tuesday, May 26th, written by frontman Mikel Jollett. Jollett, who was raised in a cult, details his struggles and successes in life, finding his audience through music. In fact, there's more than just the title in common between the new album and the memoir--you'll find an interrelationship between the stories told through music on the album and the stories told in the book. The double-release seems to be an interconnected musical-literary project detailing Jollett's harrowing youth and rise to academic achievement and musical impact.

Don't miss out on the Livestream Concert for the new album the band will also be holding on Friday, May 22nd at 7PM PDT/ 10PM EST on Facebook and Youtube. 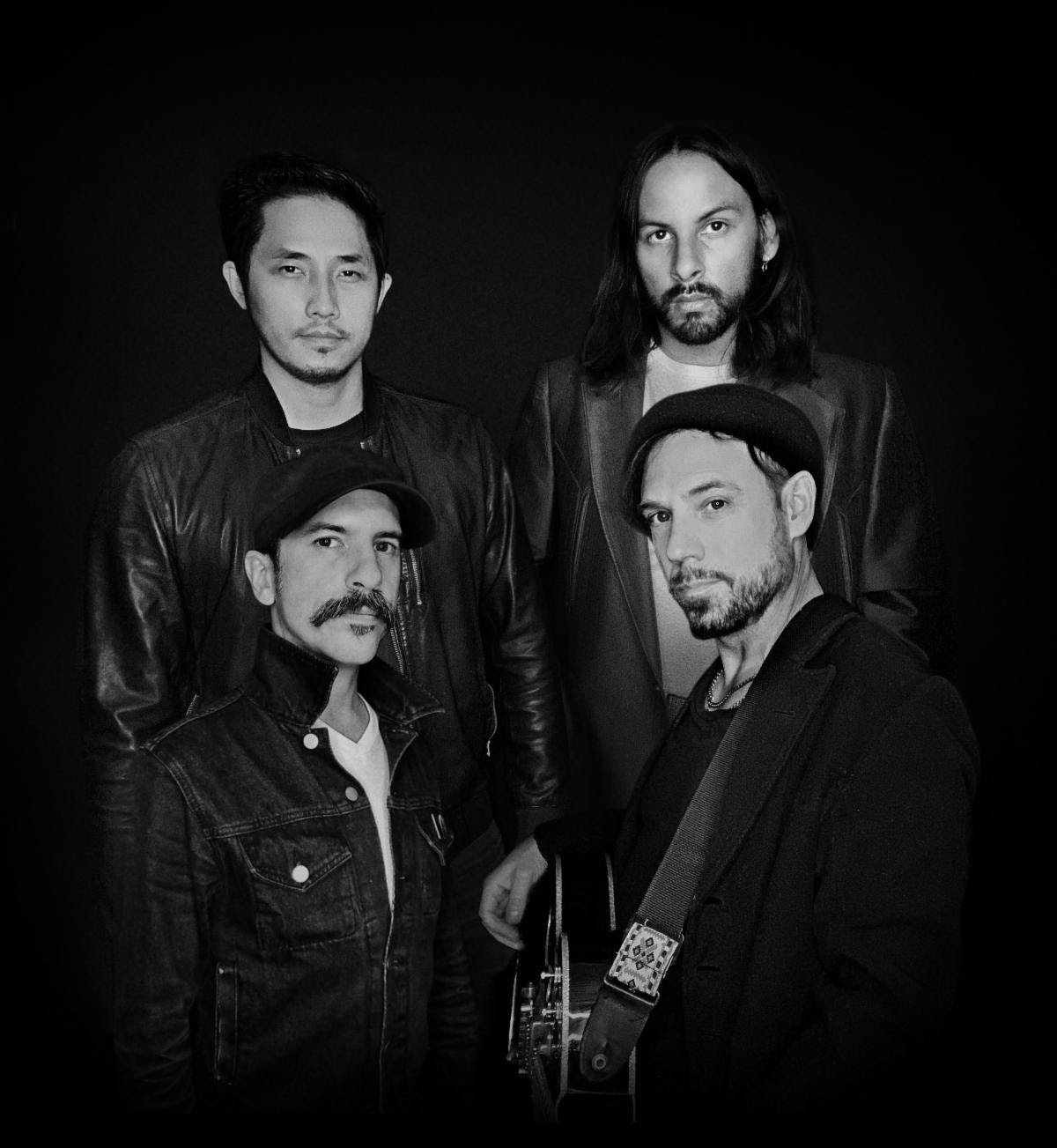 Check out the full details on the new album, the Livestream event, and Jollett's memoir below:

The Airborne Toxic Event will release the eagerly awaited album Hollywood Park tomorrow via Rounder Records. The following week, on Tuesday, May 26, the highly acclaimed Hollywood Park: A Memoir by the band's frontman, Mikel Jollett, will be released by Celadon Books. Together the album and book represent a towering musical-literary achievement that shows both the breadth of Jollett's talents and the powerful ways those talents intersect. To celebrate the album's release, the band will perform songs from the new album in a live stream concert on release day, Friday, May 22, at 7pm Pacific Time.

The concert will stream live from the legendary Studio 1 at East West Studios in Los Angeles where a vast array of iconic musicians including Frank Sinatra, the Rolling Stones and Elvis Presley have recorded. The live stream will be available on Facebook and YouTube. Hollywood Park is easily the most ambitious album ever made by The Airborne Toxic Event; who are, with Jollet, original members Steven Chen (guitars, keyboards) and Darren Taylor (drums), and also bassist Adrian Rodriguez, who has played with the band since 2014.

On the album, Jollett uses songs to give further depth to stories from the book. He has woven references ranging from shoegaze to Springsteen into a cohesive musical tapestry, and produced an unsparing memoir full of intimate, often painful personal details, that unlock universal coming-of-age themes. With these towering twin works, Jollett has channeled his artistry into a compelling and multi-layered pop-cultural milestone.  The album was produced and mixed by the band's longtime collaborator, multiple GRAMMY® Award-nominee Mark Needham (The Killers, Fleetwood Mac).

Both album and memoir tell the story of Jollett's traumatic early life. It begins with a four-year-old Mikel and his brother, Tony, being spirited out of Synanon, the notorious and violent Santa Monica, CA, cult, by their mother. Jollett spent his life to that point with no parents, and no idea of them, in what cult leaders called a school but which was, in reality, an orphanage meant to keep children from their families. On the run from Synanon with their dangerously narcissistic mom, Jollett and his brother embarked on a harrowing journey that eventually led them to Salem, OR where they lived in poverty.

It's his  father (a former inmate at Chico State Penitentiary inmate who Jollett didn't really  know until he was 7) who recognized young Mikel had special gifts and urged him not to be like any of the other Jollett men, but to aspire to something bigger and better. This put him on a course to getting a scholarship from Stanford (where he graduated with honors) and to starting the Airborne Toxic Event which became an immediate sensation the moment they released their first single, "Sometime Around Midnight." While the album and book detail Mikel Jollett's unlikely journey, one gets the sense that once both are consumed by the public, he and Airborne Toxic Event will be launched on yet another amazing adventure.

Roger Waters: Us + Them Concert Film Goes Digital In June With Bonus Features

Thundercat: 'This Is Where You Can Be Who You Are'